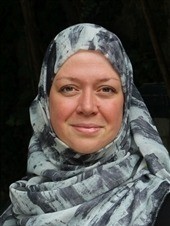 Dr. Margreet van Es is an Assistant Professor of Religious Studies. At Utrecht University, she teaches courses such as 'The Sociology of Religion', 'Anthropology of Islam', 'Religion and Conflict' and 'Doing Research in Religious Studies'. Her interdisciplinary research focuses on how Muslims in Europe respond to anti-Muslim sentiments and stereotypes, and how this affects the way they see themselves and their religion. At present, she is affiliated to the NWO-financed research project 'Religious Matters in an Entangled World', led by Professor Birgit Meyer. As part of this project, Van Es studies the complex role played by food and drinks in conflicts related to religious diversity.

Margreet van Es studied History at Leiden University. She obtained her PhD from the University of Oslo in Norway. A book based on her PhD thesis was published with Palgrave Macmillan in 2016, titled ‘Stereotypes and Self-Representations of Women with a Muslim Background: The Stigma of Being Oppressed’.

During the years 2016–2018, Van Es worked as a Postdoctoral Researcher at the Department of Philosophy and Religious Studies at Utrecht University. Her project 'Muslims Condemning Violent Extremism' was financed by the European Committee via a Marie Sklodowska-Curie Individual Fund. Van Es explored how Muslims in Norway and the Netherlands have responded to demands to denounce terrorism since the 9/11 attacks in 2001. She also critically addressed the pressure that many Muslims perceive to always present themselves as peaceful and loyal citizens. As part of this project, she organized the international research conference ‘Religious Minorities' Self-Representations: Claims of Difference and Sameness in the Politics of Belonging’ at Utrecht University in October 2017.

In 2018, Van Es worked for four months as a Postdoctoral Researcher at the Faculty of Philosophy, Theology and Religious Studies at Radboud University in Nijmegen. Together with Dr. Anya Topolski and Josias Tembo, she analyzed how religious differences are being made important in social constructions of 'race'.

van Es, M.A. (2019). The Promise of the Social Contract: Muslim Perspectives on the Culturalization of Citizenship and the Demand to Denounce Violent Extremism. Ethnic and Racial Studies, 42 (16), pp. 141-158.

van Es, M.A. (2019). Was the Multiculturalism Backlash Good for Women with a Muslim Background? Perspectives from Five Minority Women’s Organisations in the Netherlands. In Eureka Henrich & Julian M. Simpson (Eds.), History, historians and the immigration debate - going back to where we came from, pp. 153-170. Basingstoke: Palgrave Macmillan.

van Es, M.A. (2016). Stereotypes and Self-Representations of Women with a Muslim Background: The Stigma of Being Oppressed. (312 p.). London: Palgrave Macmillan.