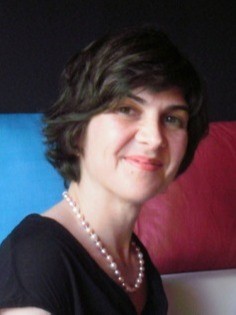 Patricia Schor is currently a postdoctoral fellow at the Faculty of Philosophy, Theology and Religious Studies at Radboud University with the project entitled “Figures of Race in Dutch Modernity: Blacks, Jews and Muslims,” for which she was awarded a Talent Scheme Veni grant by the Dutch Research Council (NWO).

She was previously a lecturer of Humanities and Social Sciences courses at Amsterdam University College, such as the courses “Race, Class and Gender Intersectionality” and “Sociology of the Other.”

Patricia obtained her MA at the International Institute of Social Sciences of Erasmus University Rotterdam. She received her PhD from Utrecht University on the afterlife of colonialism in Portuguese postcolonial literature and theory. In her dissertation she critically analysed the imagination of Portuguese colonialism as a benevolent encounter with “the African” (racialised other).

Patricia has published on gendered antiblackness, the afterlife of slavery, coloniality and the articulation of race and space, security and public order, across the Atlantic. She is a recipient of the 2017 Endowed Chair in Portuguese Studies at the University of Massachusetts Dartmouth and of a 2009 Prince Bernhard Scholarship.

JOURNAL ARTICLE
Patricia Schor. 2020. ‘Fencing the Black Body Within: The Blackface Debate in the Netherlands.’  darkmatter: in the ruins of imperial culture 15 ((De-)Facing the dark face of Europe), edited by Noémi Michel and Bel Parnell-Berry. https://darkmatter-hub.pubpub.org/pub/ijx9u812/release/2